The Art of Adaptation


We speak with Ms Meijing He, deputy director of Artspace Aotearoa, the non-profit contemporary art organisation on Auckland’s Karangahape Road. 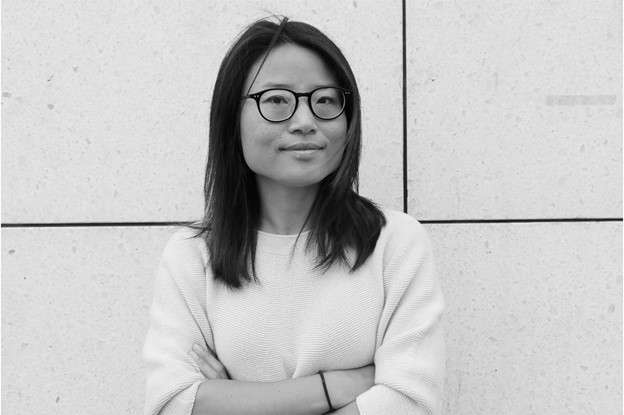 The Art of Adaptation

For most of us, 2020 was a year of uncertainty and adaptation. Meijing He, the deputy director of Auckland’s Artspace had just moved into her new role when plans for the gallery were promptly turned on their head as a result of Covid-19. Meijing was previously an Artspace Aotearoa board member and comes from a background of 13 years spent working in project and administrative management roles for the British Council. Stepping into the deputy director role made a lot of sense after a difficult recruitment search.

“We were in the process of moving our gallery from upstairs to downstairs and had a building project going on the same time. At the beginning of 2020 we knew we had to open the gallery on the ground floor and it was just overwhelming for the team. It was a huge amount of work for a small team” says Meijing.

Meijing was only in the new role for a month before Covid hit and changed the landscape both in Aotearoa and globally. Her team had plans of stakeholder engagement and launching a membership programme which had to be put on hold to focus on dealing with how to adapt to the new environment and manage the uncertainty that came with it. Adaptation came through collaborative team discussions, says Meijing.

“My role really is about working with the team and turning ideas into practical projects. I think that’s the beauty of the two sides of roles in creative organisations. You have artistic directors or curators who work in the artistic creative realm. And then you also have people who are looking at timetables, looking at costs, visibility and risk. That’s where I’m coming from.”

Over a relatively short time period, Artspace Aotearoa were able to adapt their exhibitions, and create online experiences. They commissioned and produced a series of video interviews, artist conversations and moved as much of their public programme online as possible.

“It was a new area of work”, Meijing says, of the process. “I don’t think we’ve done a visual experience like that before. But then the beauty of Artspace is that we work with a network of creatives. The artists, curators and designers that we work with are the real force for getting things done and we just have to be there to support them. We are a platform organization. The visual presentation of Maree Sheehan’s Ōtairongo went really, really well. Tyrone Ohia, our talented designer for the project, ended up winning a gold Toitanga Award at the Designers Institute of New Zealand Best Awards.  We really are proud of his achievement”. The website, built as a response to the gallery’s Covid closure, attracted over 17,000 visitors.

The Artspace team were also acutely aware a sense of loss or damage artists may be feeling as a result of Covid-enforced isolation and it being much harder to collaborate in a non face-to-face environment. Meijing says, of artists, “They get energy from connection, get energy from presenting their work. So the team decided that we would run an Instagram digital residency. We ran an open call. That way, we could still pay artist fees and connect with them and their audience. They would just create their work in their own environment”.

Six artists and collectives took part in the residency, ranging from younger emerging artists to established names, such as Rosanna Raymond. Collaboration was also global in scale, with Raymond using the global digital working environment that Covid forced, to work with international artists. The Instagram residency programme had more than 230,000 engagements. 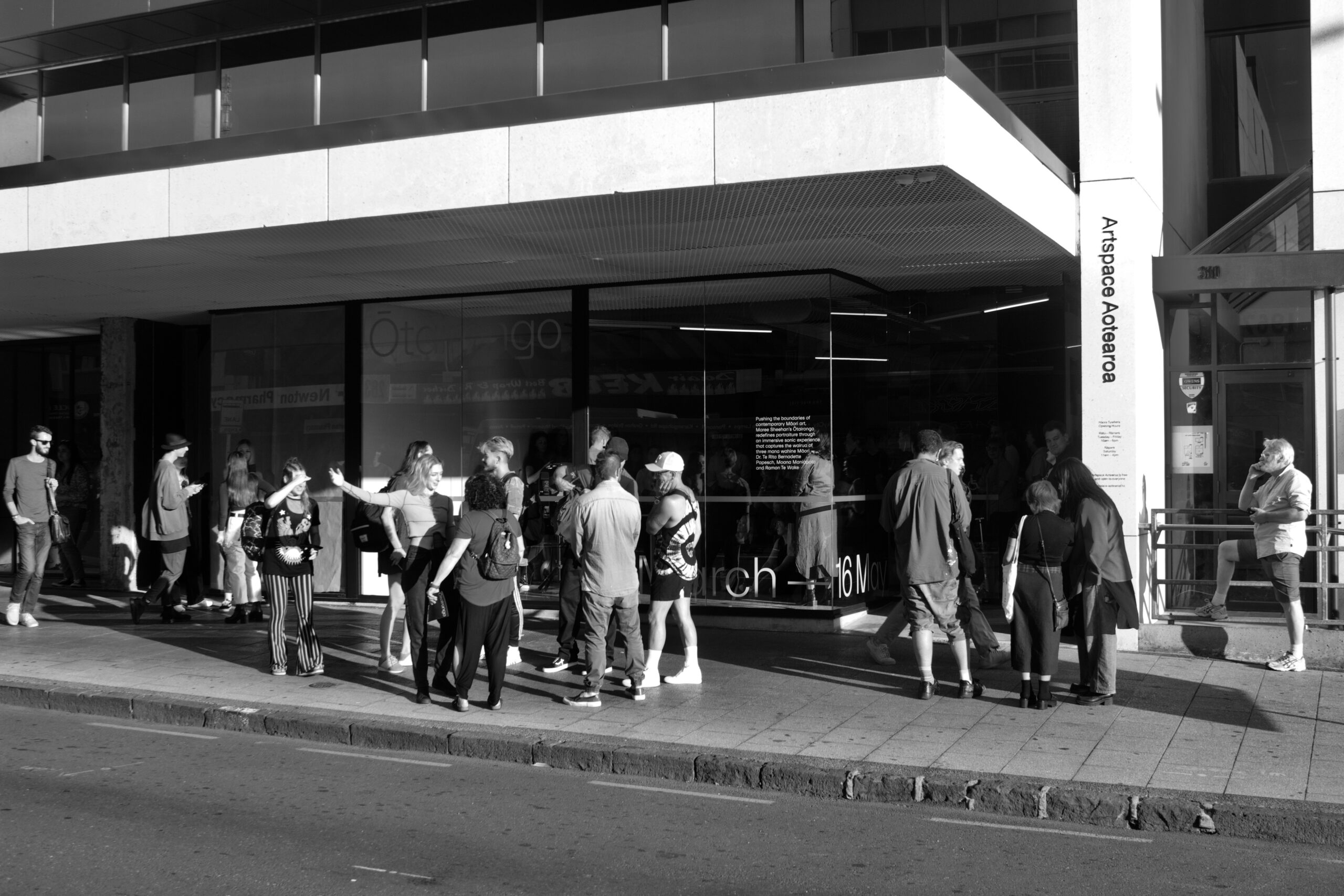 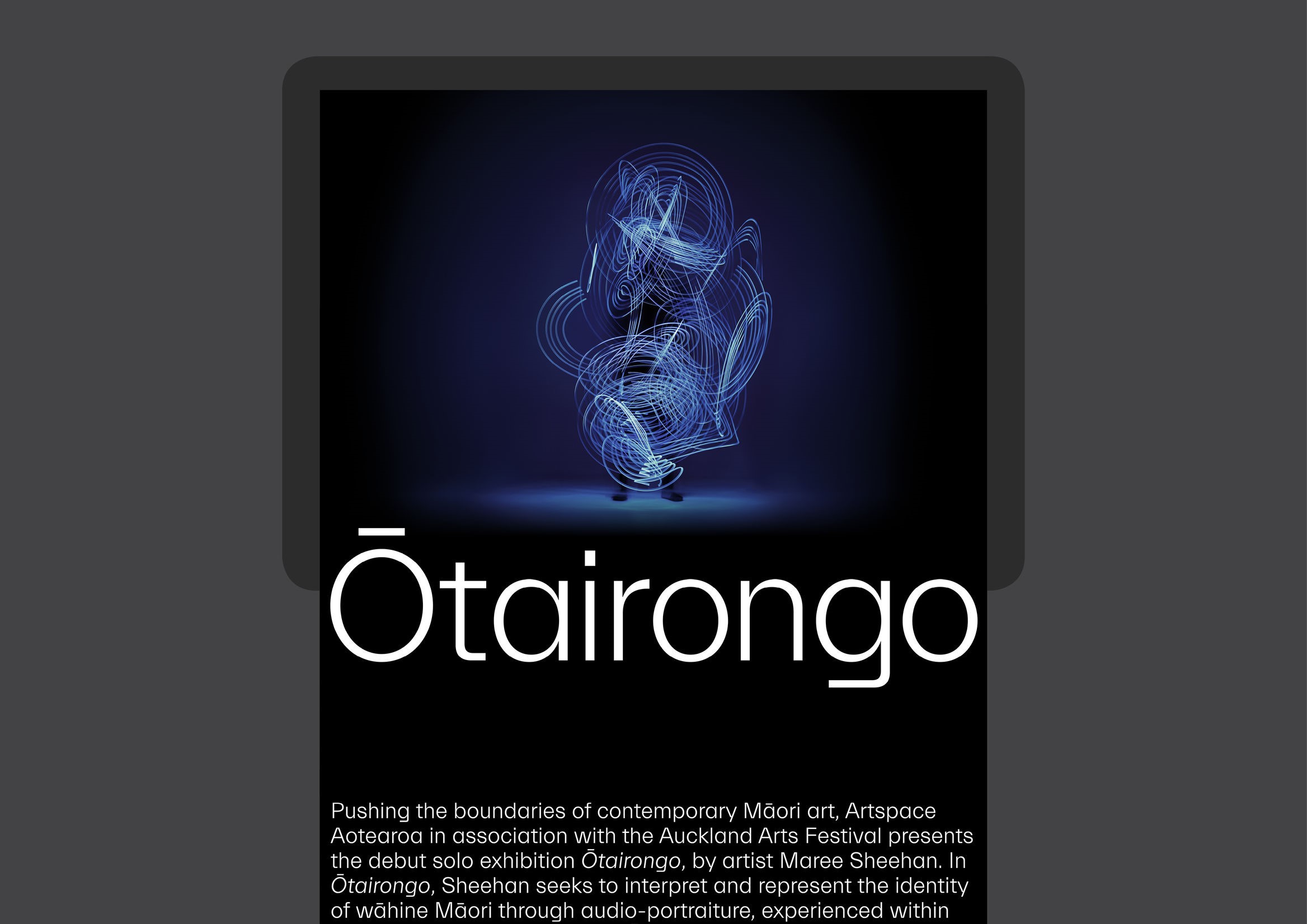 Essential services for the mind

Meijing’s team were committed to opening the gallery as soon as they were safely able to do so. “We re-opened on day one. It was a challenging time, but we wanted to re-open. We felt like we were part of the essential services for the mind. I think one thing that is absolutely unique in arts and culture is that art has an intrinsic value as well as measurable instrumental value. The experience itself is an enrichment. It gives you energy. It gives you things that you cannot describe and you cannot measure merely by economic numbers or even wellbeing” says Meijing.

“You can name some of the functional benefits. We all know that in working with different government agencies that people measure society in different ways. So we could calculate our return on investment in terms of economic benefits. We could measure impact in terms of wellbeing. We can also measure it in terms of educational outcomes. But we also know the impact and shift we create could go a lot deeper than the instrumental benefits. We know deep in our heart that the experience, the time spent in a gallery is irreplaceable.”

The gallery team decided to move the New Artists show – a hallmark Artspace event – forward in their calendar to try and provide some much needed energy to the sector after months of being inside. They also experimented with their basement area for art video recording, musical performances and international art house movies. This enabled them to show even more work than they’ve been able to in the past, bringing in wider and different audiences.

“The new artists’ show opening was unbelievable”, says Meijing. “We easily had more than 600 people in the gallery and people came together to celebrate the occasion”.

Coming out of lockdown and into the New Artists Show gave a sense of renewed energy and support. “I think you take certain things for granted when you have them at arm’s reach and then when it’s taken away from you, you stop and realise the importance and values of those interactions. I mean, yes, it’s because of the artwork itself, but it’s also because the artists are there, their whānau are there, the ideas and connection are alive in the room” says Meijing. 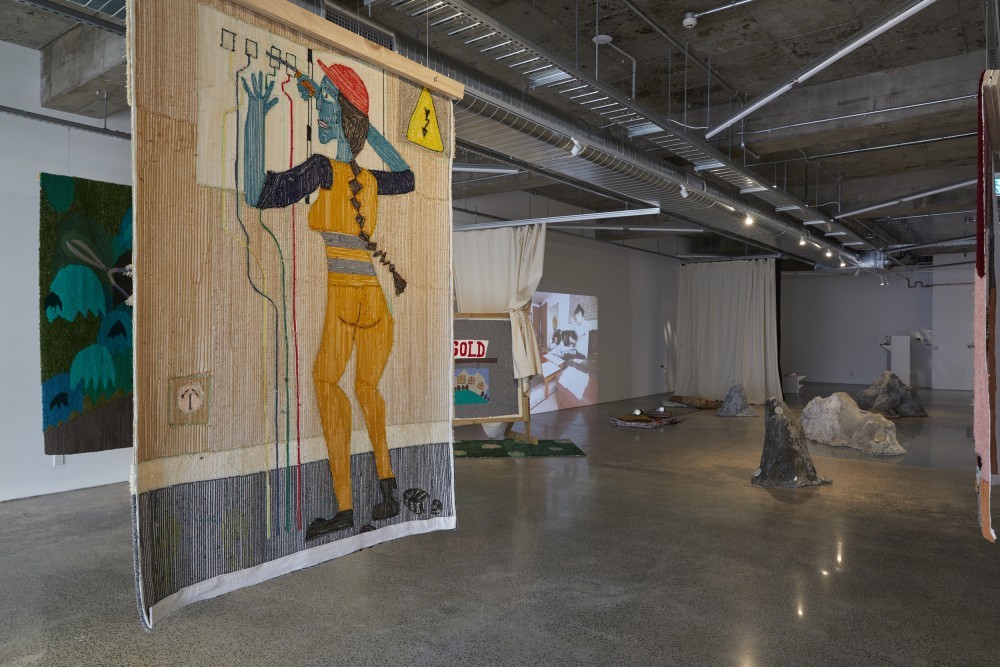 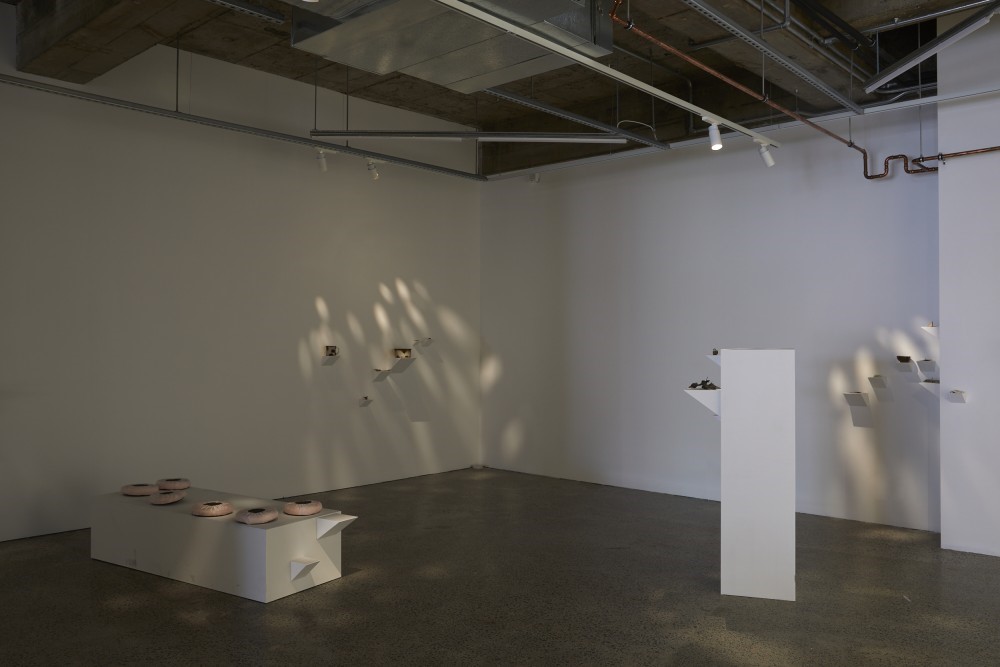 Meijing is interested in understanding the role gallery spaces play within artists’ careers, having seen artists come through Artspace at early stages and gain success later in their career journey. “The vision I have in my mind is to look at a longevity study of the impact of our New Artists’ Show over the decades to really understand what a difference it makes for an artist to be part of the show at that very early stage of their career.

“What does it mean to work with a professional team, to understand how a public art gallery functions? Because we are asking them to work with the system a bit, you know: give us your invoice, this is the contract, this is your technical team, they’re going to support you. The young artists are fabulous. They’re fantastic. We learn so much from them and as hopefully they learn something from us too. But instead of me getting anecdotal feedback about it, I think it is useful to look at the long-term relationships we have had”.

She speaks of an interaction with Lisa Reihana at Maree Sheehan’s Ōtairongo public talk. “One of the first things that Lisa said at the event is that she had her first exhibition in our gallery space. For her to acknowledge that is really significant as it means it had meaning for her career – it’s so encouraging. What could we do to capture those stories, in the way that shows what we create is meaningful for the artists individually and our community in general? At the moment we have anecdotal conversations with all these fantastic figures like Lisa Reihana and Peter Robinson that worked with us during the early stages of their careers. And they now give energy and time to Artspace Aotearoa and continue to be connected to the organisation.

“But how can we better understand the ecology that we all live and work within? I think there’s a piece of work that needs to be done, to look at mapping out the opportunities for young artists and what their careers can look like. Do we serve them well? I don’t know, because we haven’t done that research”. 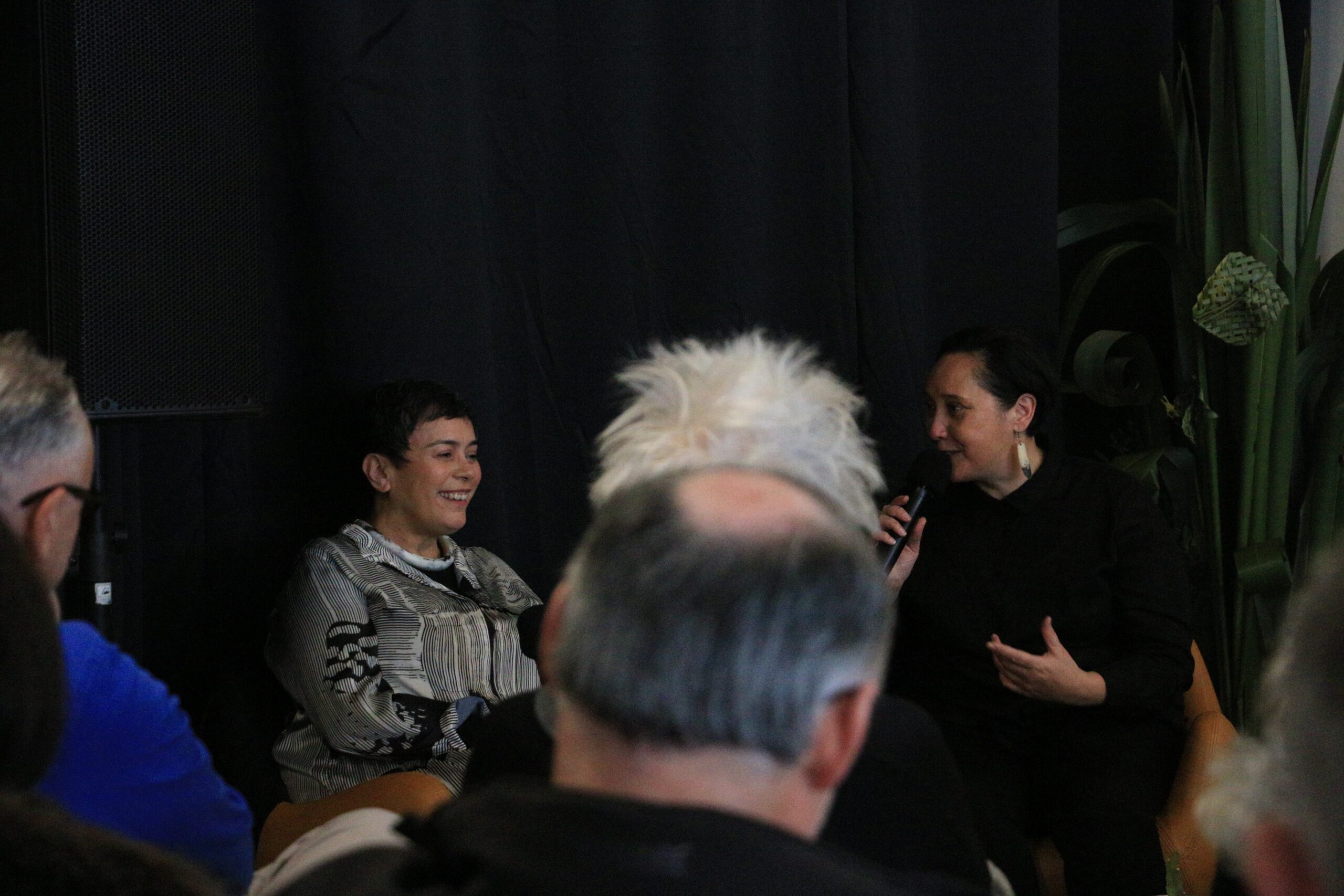 Meijing speaks passionately about the idea of cultivating local talent to both work here and offshore as well as the idea of New Zealand cultural institutions often hiring international leaders. Understanding it’s a complex discussion, it’s one she believes we don’t talk about enough.

“What are the opportunities that we actually provide for New Zealand artists internationally?
The question is very loaded. How do we prepare New Zealand artists for the international stage and how do we prepare New Zealand arts administrators to take over and become the director in a Berlin Institute, in an America institute, in a British institute? Those are all questions that we have to ask ourselves. What is the effort, energy and time being invested in the development of our people? And then once they have that international exposure, then how do we attract them back? It is about cross-pollination”.

“You read about and see the dangers of the Hollywood movie industry taking over the mainstream screens. That’s a very obvious example because with these types of movies, you get large budgets and large marketing spends and if we are not careful these movies can take over our cinemas. That’s why the 2005 UNESCO convention came about. One of its key elements is to protect the local cultural dynamic because there’s tremendous value in having arts and cultural expressions that represent local culture and identity. With that diversity we have an enriched shared culture globally. The value of the diversified cultural expression is the vitality of our human experience”.

She believes that for a country like New Zealand, we need to think about protecting our local cultural environment in the same way that we protect our natural environment. Both of them are fragile and hugely important to us as a country. At the same time, we must be open and connected to the world, so our remoteness does not isolate us.

The Artspace annual calendar is looking packed this year, with a range of different shows in the pipeline, as well as the continuation of their own internal infrastructure build and capability building work. Meijing explains that the gallery is now creating around 30-40% of the programme space itself, a lot of which comes from their basement building development.

“We typically have five exhibitions in a year, which is sketched out for 2021. One of them will be looking at the intersection between architecture, visual arts and racism. Another project that we have coming up is about food consumption and visual culture – our relationship to food and how capitalism and colonialism shift the stories we’re told about it”.

Keeping with tradition, they’ll also have their annual new artists’ show, and continue to run their on-site cinema and moving image programme. Meijing is optimistic about what the year has to bring, as well as a feeling of responsibility to see her colleagues and artists thrive. “We have the duty to care for our sector”. 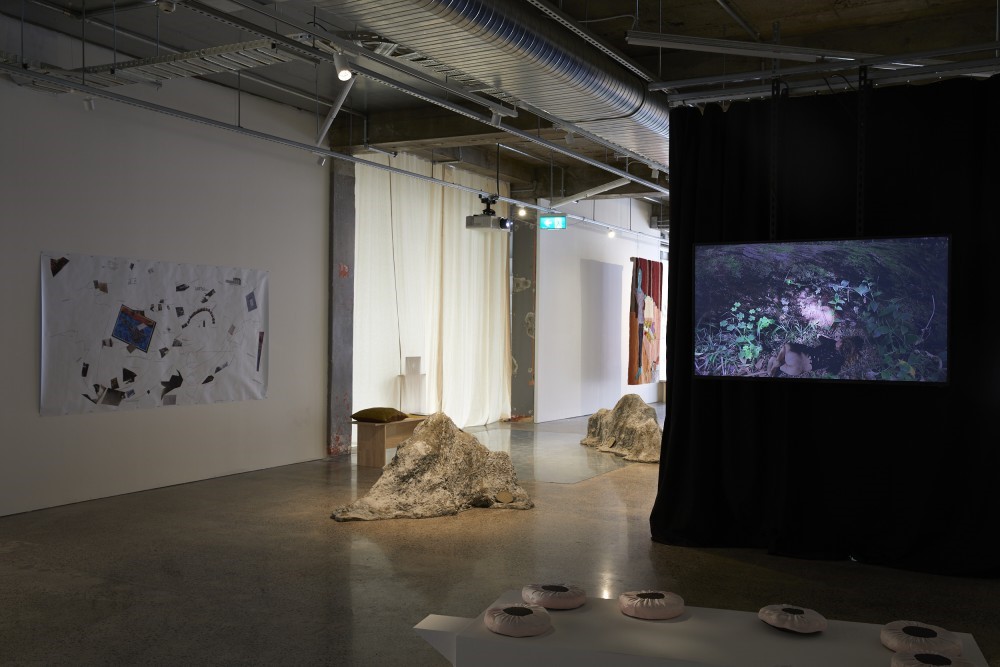