Rebecca Tansley is the director of Semele, the NZ Opera and Greenstone TV’s stage to screen collaboration, which premieres in Auckland on Thursday 13th May.

We spoke with Rebecca to understand the complex experience of bringing a live performance to the screen. 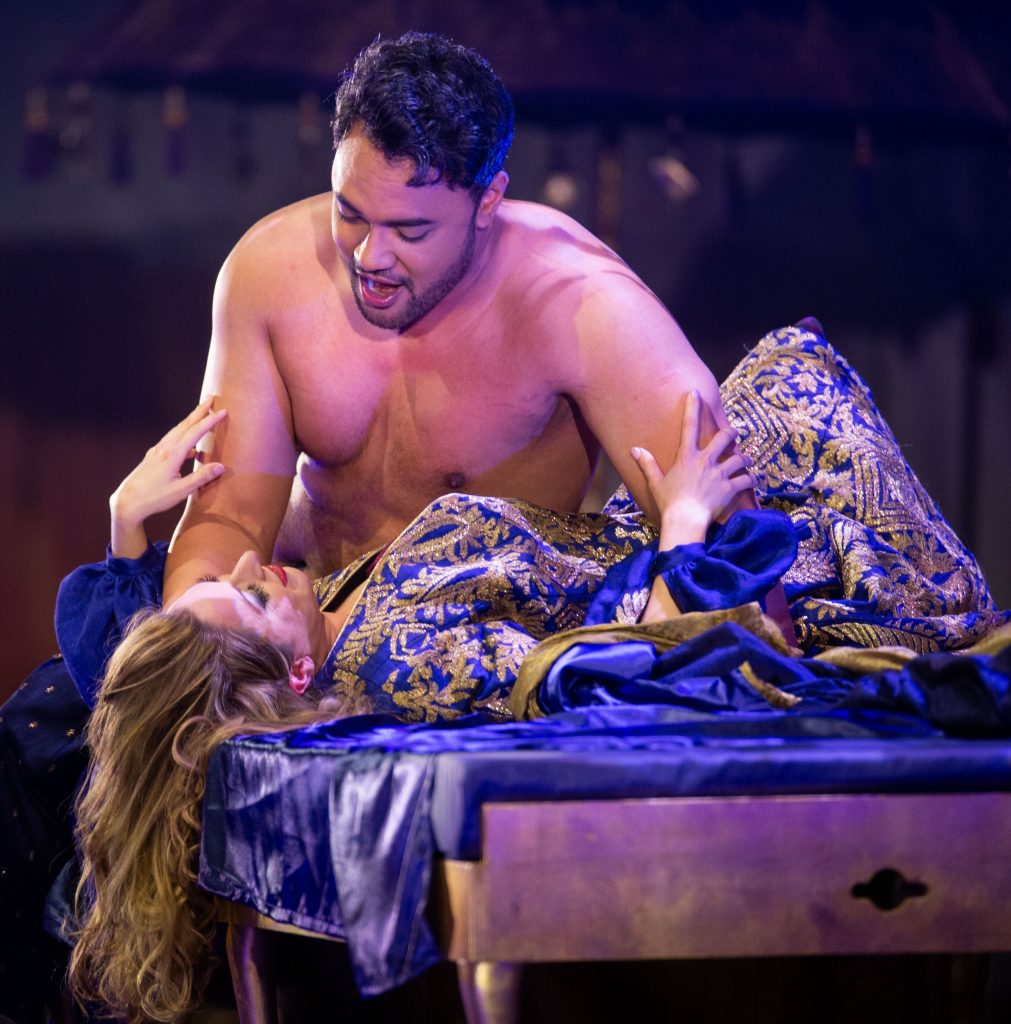 Tell us about the origins of producing Semele for the screen, with a live audience?

New Zealand Opera had planned to stage Semele as a site-specific immersive production at Holy Trinity Cathedral, which meant the show was not able to travel to other centres as most of their operas do, so the idea of filming it was talked about as an option then but the Company didn’t have the funds to make that happen.

Then Covid-19 came along, which meant that for much of 2020 opera companies around the world were not able to stage shows; New Zealand Opera was probably the only opera company able to continue operating (although Semele was postponed by the second lockdown).

The third piece in the puzzle is that during the first lockdown TVNZ screened the only NZ Opera that until that time had been filmed, a 2015 production of Tosca.

These three factors made a compelling argument for NZ Opera to capture the show in a digital format that would enable the Company to bring it not just to the rest of New Zealand but also, bring opera from Aotearoa to the world – at a time when not many operas were being staged worldwide.

The final piece in the puzzle was the partnership between Greenstone TV and NZ Opera which actually made it possible. Greenstone supported the project because they saw its value not just to NZ Opera, but also all the professionals and artists involved and the wider arts sector in Aotearoa.

Did the cast need to perform differently, compared to a standard opera performance, to allow for filming?

The performances weren’t altered in any way for the filming, rather we as filmmakers had to figure out the best way to achieve the vision we had for the project without impacting either the production or the audience. Other than a small additional time requirement to allow for the application of microphones and having our cheerful filmmaker faces around I’m hoping there wasn’t much of an impact.

How did the venue choice factor in as part of the overall production?

Holy Trinity Cathedral is an amazing space that was perfect for the production because the story of Semele includes two weddings and a funeral, but more importantly delves into themes such as immortality and morality. In terms of filming, the venue definitely posed many challenges but I always say that great things are often born from constraints.

I imagine it was a pretty complicated camera set up! How many were used and how did you factor all of the angles and views into the final edit?

We used nine cameras including a remotely operated camera on a gimbal secured through a lighting hatch in the cathedral ceiling, plus a few small hand-held cameras for certain moments. Camera positions were driven by the blocking and staging of the show – so the process of planning them involved a lot of watching rehearsals and understanding the action. Given the tight budget we had, DP Simon Raby did an amazing job of devising solutions.

The audience features quite a bit as part of the film, and seem to bring a lot of energy to the finished product. Were you surprised by this?

There’s definitely alchemy involved in any film of a live performance with an audience, but in this case I think the venue and the staging made it much more pronounced – it’s an immersive production in an amazing space with lots of resonance (in the widest possible sense).

The sound is extraordinary. So layered and vibrant. How did you achieve this?

A lot of microphones! 64 to be precise. Because of the nature of the production, all singers, including all members of the chorus and choir, were individually miked. The orchestra was conventionally miked – I should add that the orchestra was a bespoke baroque orchestra assembled specifically for this show. Then there were room and ceiling microphones and in the mix these were blended with the individual microphones to reflect the room ambience and reflect the amazing dynamics of operatic voices.

What were the main challenges of the process?

A Covid-19 lockdown, which compressed not just our pre-production time frame but also New Zealand Opera’s.

For people thinking about coming to next week’s screening, why should they come and experience Semele?

The feedback we’ve had from audiences so far is incredible – everyone is saying it far exceeds their expectations, tells the story in a compelling way and brings the audience right into the heart of the action. It’s a real ride – if anybody has a preconceived idea about what films of live operas are like, they are going to be surprised… pleasantly I think!

What’s the next project you’re working on?

New Zealand Opera has decided they’d like to film another NZ Opera show later this year, in partnership with Greenstone, so I’m excited to be thinking about that along with developing a couple of other arts-related projects.

Semele film tickets are $55 (or $45 for NZ Opera Benefactors and Voice Your Donors) and include a welcome drink and canapés upon arrival.  Seats are general admission (not allocated).  Any proceeds above the event costs will go towards funding more home-grown opera on the big screen. Buy tickets here.